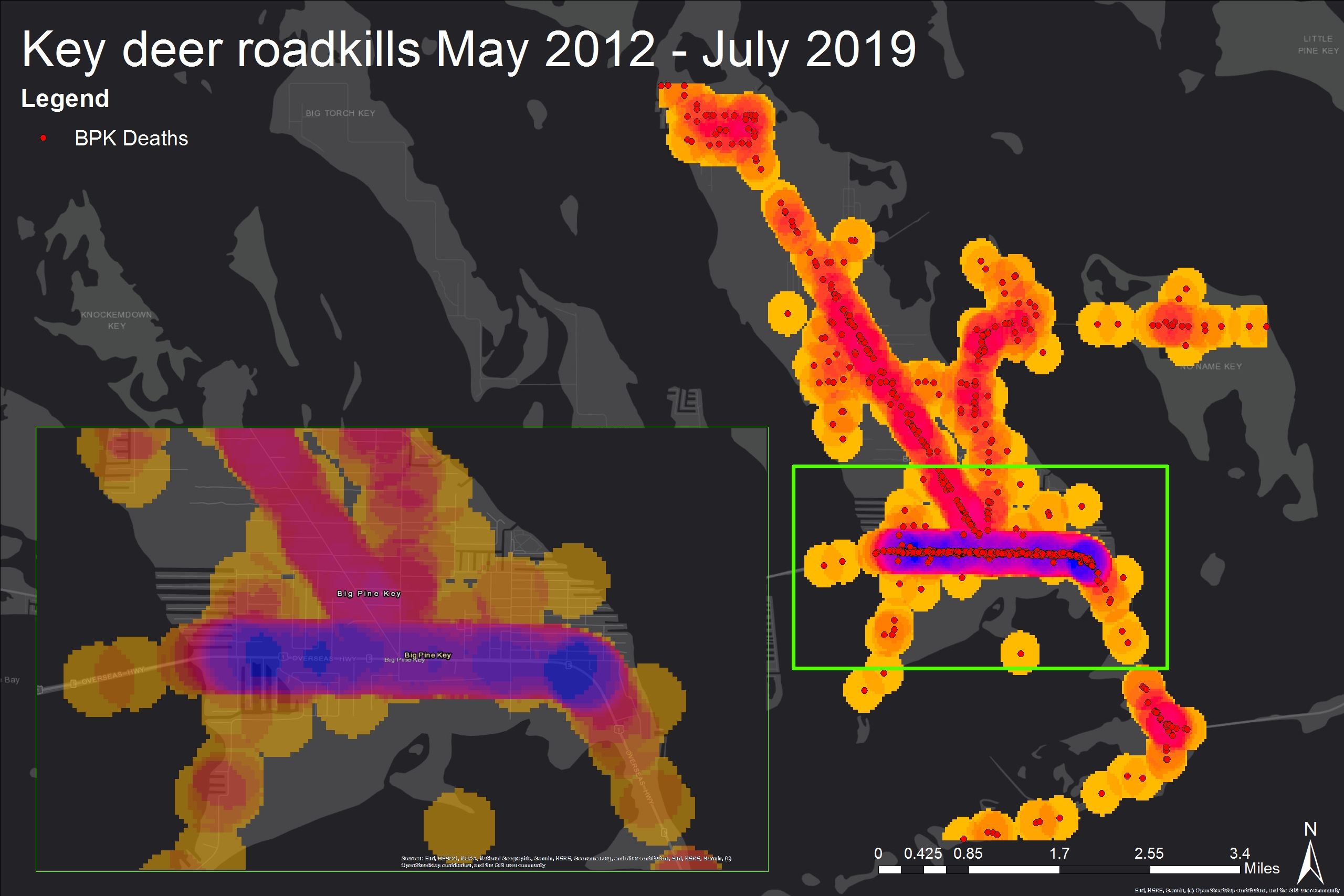 The Lower Florida Keys are the unique home to the Key deer (Odocoileus virginianus clavium), a subspecies of the whitetail deer and federally listed as an endangered species. Saved from extinction in the 1950s, the deer have rebounded from a mere 25-50 individuals in 1950, to 700-800 today. Affected by major habitat losses in the past decades, as well as recent mass casualties during a screwworm epidemic in 2016 and Hurricane Irma in 2017, their most persistent cause of death is a collision with a motor vehicle. Each year 100+ Key deer (i.e. 9-15% of the entire world population) die that way.

There are plentiful road signs alerting motorists to the presence of deer on Big Pine and No Name Keys – the two islands holding the majority of the Key deer population.  Smaller sub-herds also live on neighboring islands to the west, however, where no signage has historically existed, and most tourists and even many residents are unaware of the possibility of a collision with a deer. Ocean Imaging’s President, Dr. Jan Svejkovsky, lives in the Keys and with his wife runs the non-profit organization “Save Our Key Deer” (SOKD). For the past 2 years SOKD has been lobbying the Florida Dept. of Transportation (FDOT) to install deer-warning signs on all islands with Key deer herds, in hopes that the raised awareness may reduce the number of collisions and deer deaths. In late 2019 FDOT agreed to the signage additions. The question then was where to locate the signs for best effect?

SOKD obtained detailed vehicle-caused deer death location records from the US Fish & Wildlife Service and the Monroe County Sherriff’s Office for the past 8 years,
and Ocean Imaging technicians used GIS analysis software to create maps of collision “hot spots”.  The hot spots indicate where the deer cross the road most frequently which, in turn, tends to correlate with natural resources (e.g. a drinking water source) or human-related ones (e.g dumpsters behind a restaurant where deer tend to look for food scraps). The hot spot results were forwarded to FDOT by SOKD and are being used to plan out the new sign locations to be installed later this year or in
early 2021. 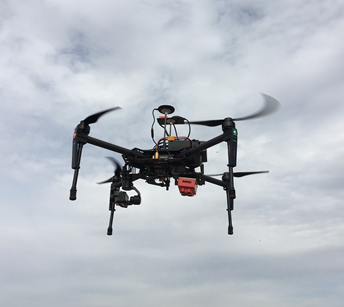 Ocean Imaging was awarded funding for a two-year project to develop Small Unmanned Aircraft Systems (sUAS) designed to help detect and map oil in coastal and inland zones. Shoreline Cleanup Assessment Technique (SCAT) operations are a fundamental part of oil spill response for both marine and inland spills. The project funded by California Department of Fish and Wildlife (CDFW) Oil Spill Prevention and Response (OSPR) division aims to incorporate sophisticated sensors/cameras into a portable and water-resistant sUAS, so that responders and SCAT teams can more quickly and accurately identify and assess oiled areas in shoreline and inland waterway habitats.
The work also aims to build upon and expand results of OSPR's initial efforts by enhancing OSPR's present imaging system's accuracy of separating true oiled areas from false targets through the addition of a specially configured cameras. The project team will also conduct additional experiments for algorithm development not only with artificially created oil targets but with actual, naturally formed oiled shoreline targets originating from natural oil seeps in California. 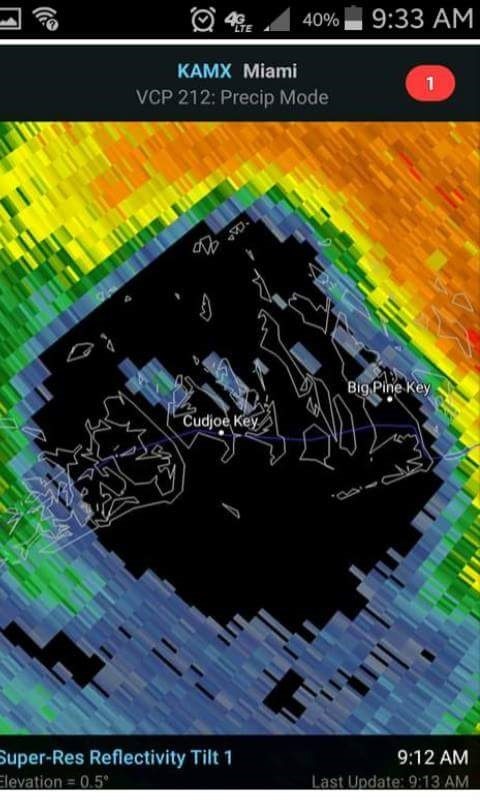 Ocean Imaging utilized a series of 10m resolution Sentinel-satellite multispectral imagery to document the response of different vegetation types in the lower Florida Keys after the passage of hurricane Irma on 9/10/2017. The study, done in collaboration with researchers from Florida International University, revealed that almost immediately after the storm, the green buttonwood – Conocarpus erectus began vigorous regrowth in all areas, quickly followed by multiple species in the "hardwood hammock" uplands of the most affected Keys. This massive regrowth occurred within the first 2.5 months after the storm, causing a seasonally anomalous large positive Normalized Difference Vegetation Index (NDVI) change. This was followed by a steady state or slight NDVI decrease as the region entered its dry season, similar to what was observed in years prior to the hurricane. The study found that the hardest-hit species were mangroves, particularly on the islands facing the main storm surge from the southeast. The storm caused numerous areas of black mangrove (Avicennia germinans) and red mangrove (Rizophora mangle) to completely die, not necessarily due to the immediate storm forces but progressively through the several ensuing months. On some of the islands studied, areas of complete or near-complete mangrove die-off represent as much as 35% of the total pre-storm mangrove coverage. On the other hand, the study found dwarf mangrove areas that finally began to revive from near-complete leaf loss 4-5 months after the cataclysmic storm. The results of this project thus provide a spatially detailed map of the post-hurricane vegetation response, which can be used to plan and guide ongoing and long-term future monitoring studies and possible reseeding efforts. The Florida Keys study area showing mangrove areas with <90% mortality (black) and areas with >90% hurricane Irma-related mangrove die-off (red). 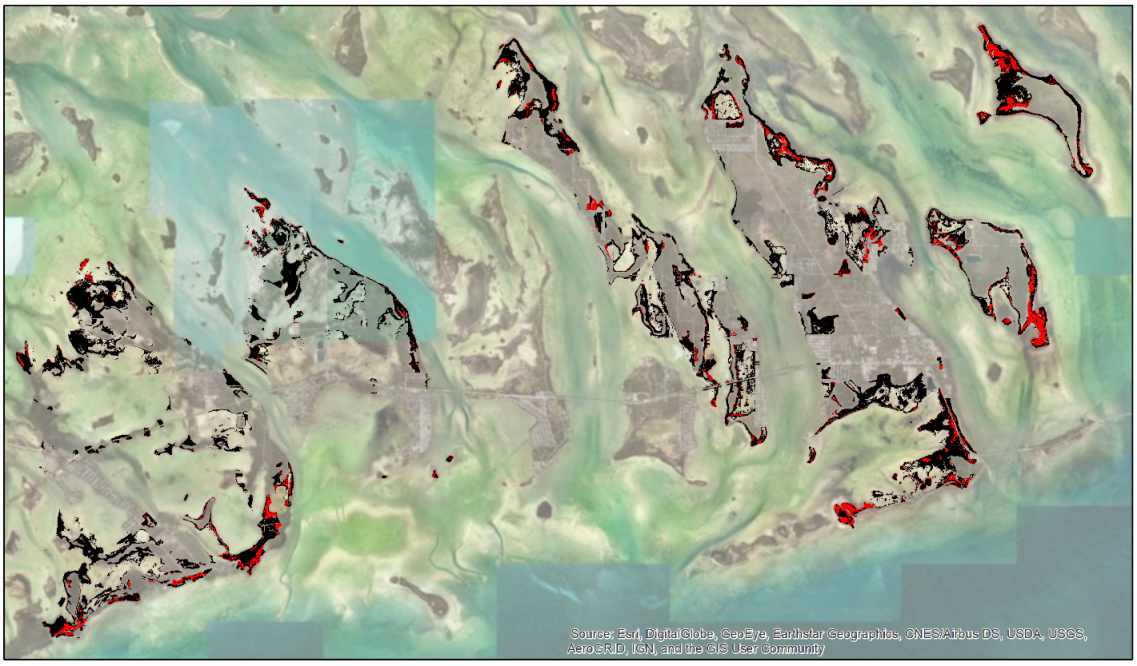 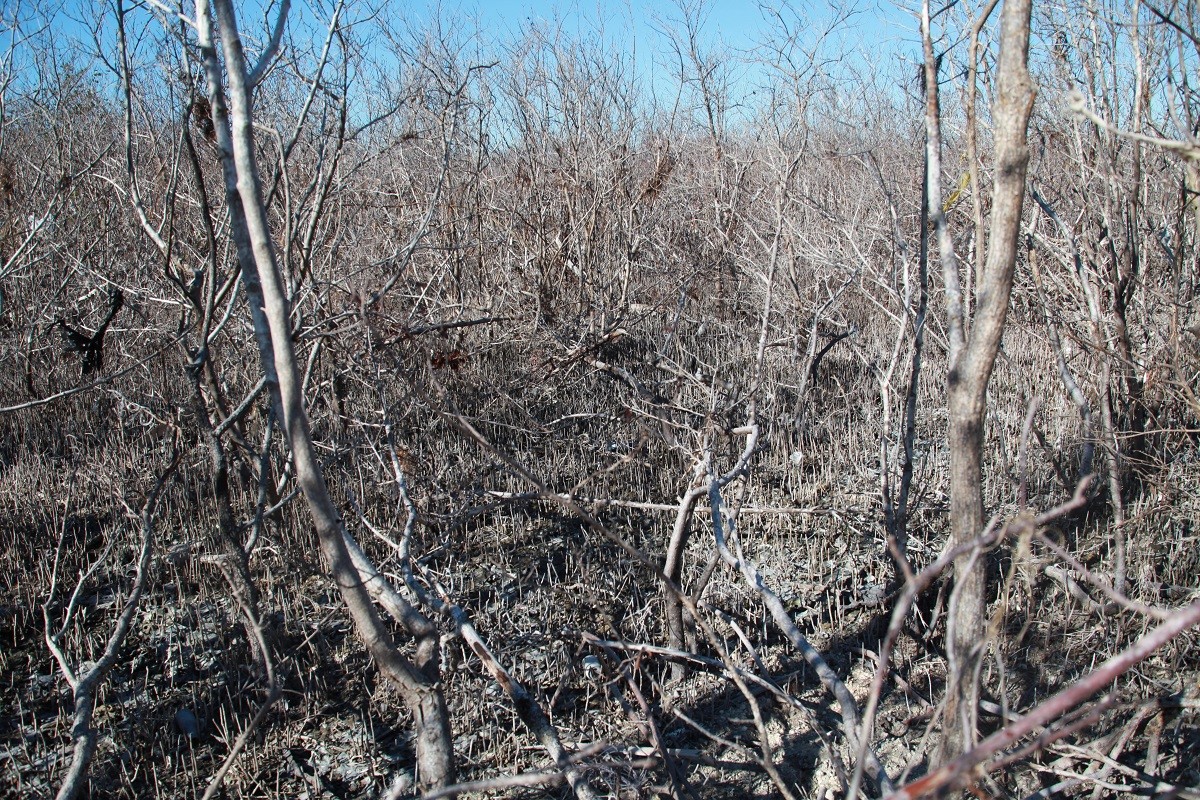 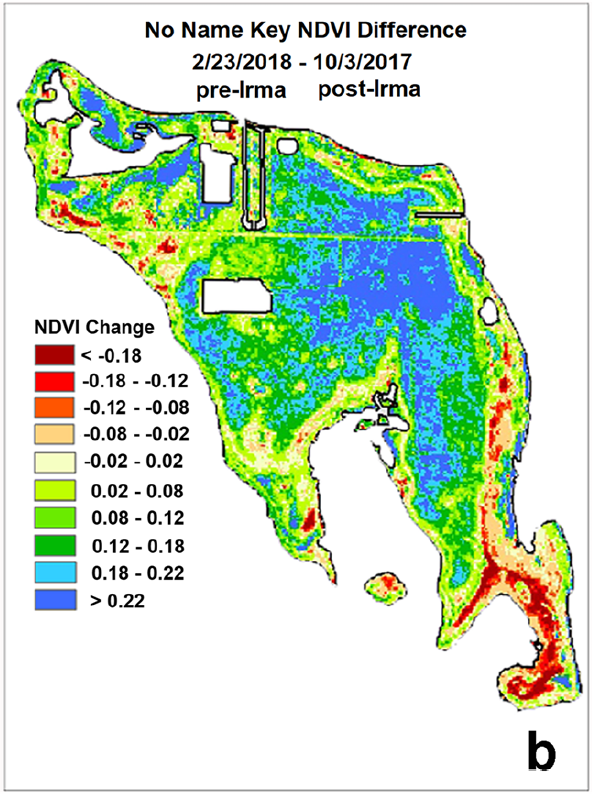 OI and MSRC Adapt OI's TRACS for Deployment on Helicopters